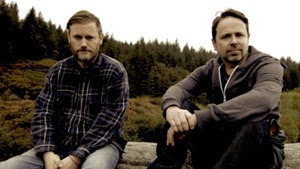 February 15, 2018 – Lakeshore Records and Invada Records will co-release Annihilation—Original Motion Picture Soundtrack, featuring a score by Ben Salisbury and Geoff Barrow, worldwide.  The composing partners have once again joined forces with writer and director Alex Garland (28 Days Later), for the filmmaker’s upcoming film from Paramount Pictures and Skydance, starring Natalie Portman and produced by Scott Rudin, Andrew MacDonald, Allon Reich, and Eli Bush.  Their score for Garland’s Oscar nominated Ex Machina gained two World Soundtrack Awards nominations and was the 2016 Ivor Novello Award Winner for Best Original Score. The soundtrack will be released digitally in North America by Lakeshore Records and in the UK/Europe by Invada Records February 23 with CD and vinyl editions forthcoming. Paramount Pictures will release the film in U.S. on February 23 and on Netflix outside the U.S. from March 12.

From visionary writer and director Alex Garland (Ex Machina, 28 Days Later) and based on the acclaimed best-selling Southern Reach Trilogy by Jeff VanderMeer, Annihilation stars Natalie Portman, Oscar Isaac, Jennifer Jason Leigh, Tessa Thompson, Gina Rodriguez and Tuva Novotny. Portman plays Lena, a biologist and former soldier, that joins a mission to uncover what happened to her husband inside Area X – a sinister and mysterious phenomenon that is expanding across the American coastline.  Once inside, the expedition discovers a world of mutated landscape and creatures, as dangerous as it is beautiful, that threatens both their lives and their sanity.

Garland remarks that Salisbury and Barrow’s partnership “sets an incredibly high bar of creative skill and integrity, with music that is brilliant, unique and truly cinematic.”

Salisbury and Barrow note:  “After our experience on Ex Machina, we obviously jumped at the chance to work on a new Alex Garland film, and it was very exciting, as right from the outset we could see that we were going to have to use a wider musical pallet than we did on Ex Machina, and operate on a bigger and broader scale.”

ABOUT BEN SALISBURY AND GEOFF BARROW
Ben Salisbury is an Emmy-nominated composer with over 100 film and television composing credits to his name, including Beyonce Knowles’ self-directed documentary feature Beyonce: Life Is But A Dream and the last 3 series of David Attenborough’s acclaimed Life Of… strand for the BBC. Geoff Barrow, known for his extensive body of work as a music producer and founding member of the band Portishead, first began his film music career as the music supervisor and original score writer for graffiti artist Banksy’s Oscar-nominated documentary Exit Through The Gift Shop. He recently worked on the band Arcade Fire’s latest album Everything Now in addition to producing a cover of ABBA’s “SOS” with Portishead for Ben Wheatley’s film adaption of High-Rise. In addition, the pair’s other recent credits include Ben Wheatley’s Free Fire (executively produced by Martin Scorsese) and Charlie Booker’s Black Mirror: Men Against Fire.