ABOUT DEAD SHACK
On a weekend getaway at a rundown cottage in the woods, a precautious 14 year-old teen, his crude best friend, and his best friend’s fearless older sister will have to grow up, work together, and save their hard partying parents from their predatory cabin neighbor intent on feeding them all to her “undead family.”

It’s shaping up to be a pretty good weekend for shy 14-year-old Jason. He’s driving up to a cottage in the woods with his brash (and a little crude) best friend Colin, Colin’s older sister Summer who comes complete with a permanent chip on her shoulder and pull no-punches attitude, and their father/step-mother duo of Roger and Lisa, who are permanently stuck between “inappropriate for children” or “extremely inappropriate for children” party mode.  Sure the cabin is really rustic (the cheapest Craig’s List could find), and sure Roger and Lisa aren’t the most responsible adults to chaperone a cottage getaway, but Jason is really looking forward to hanging out with his best friend (and Summer!). But things quickly take a turn when Jason, Colin and Summer spy on their neighbor’s cabin where they see a woman drugging two local ‘bros’ and then feeding them to her undead husband and kids. With a shotgun-totting psycho determined to keep them quiet, her slavering zombie family focused on eating them, and party-drunk parents who won’t believe them, it’s up to Jason, Colin and Summer to arm themselves, toughen up, learn to work together and bash in some zombie skulls before they become their freak-of-a-neighbor’s next family dinner. Goonies meets Evil Dead, “DEAD SHACK” is a dark comedy oozing with gory action.

ABOUT HUMANS
HUMANS is a Canadian indie-electronic duo made up of musicians Robbie Slade and Peter Ricq. Since the beginning, HUMANS have established themselves by creating sounds that successfully fuse experimental electronic elements with catchy indie-pop hooks. Focusing on performance and production styles of both the past and present, HUMANS have consistently impressed upon audiophiles with their technical and compositional skills. Using a combination of synthesizers and instruments, the sound has a certain way of being very unique, while not tied down to one specific genre.

The duo’s self-released EP Avec Mes Mecs captured the blind, wild, captivating joy of unrestrained youth, and seminal lyrics like “Who knew all we had to do was party” quickly made the EP a house party staple. The follow up EP, Traps was released with Hybridity Music. The release saw critical acclaim and college radio success, holding the #1 position for 6 weeks on the earshot electronic charts, and ranking in the top ten on BPM. Traps received a 4/5 on Resident Advisor, and the record was featured on XLR8R, Prefix, Indie Shuffle, Spinner, Interview Magazine, Rcrd Lbl, and scored the cover of Beatroute Magazine. Remixes included acclaimed producers Nautiluss and Max Ulis.

The EP lead HUMANS on a North American tour including slots at Osheaga, Shambhala, and CMJ. Recent 2016 dates included SXSW, CMW, Coachella as well as the duo’s first North American headlining tour. Producing their own art, videos & live puppets the band has incorporated a new visual live show with Tangible Interaction. Known as “The Blob” (featured in the official video for “Ennio”) it is an inflatable structure that houses LED lights and sensors.

Their debut LP, Noontide, was Juno-nominated for “Electronic Album of the Year” (2015). The LP is an evolution of HUMANS carefully constructed, innovative mix of heavy electronics and modern pop sensibilities. The album is a synthesis of time and space, and a testament to the many influences that make up the band’s core. Noontide was released February 24th 2015 via Hybridity Music, one of Canada’s leading independent electronic labels. The Water Water EP was on March of 2016 via Mom + Pop in the US and Haven Sounds in Canada, and brought Humans new fans at press including premiere partners at The Fader, Pigeons & Planes, and Zane Lowe at Apple’s Beats1.

HUMANS is set to release the musical score of the theatrical motion picture Dead Shack early 2018 alongside with Lakeshore Records. HUMANS produced the official soundtrack and score for Peter Ricq’s film in 2017 witch premiered at Sitges, NIFFF, Fantasia, VIFF and Morbido Film Fest and more. The Feels is HUMANS new EP set to release on Jan 26th followed by a new LP in the Spring. Now, with support from Third Side Music (one of the biggest names in publishing), Paradigm/AM Only (agent for Disclosure, among many others), and The Feldman Agency, 2017 is set to be a banner year for the duo. 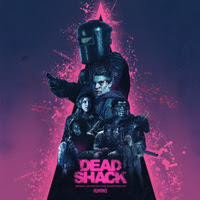 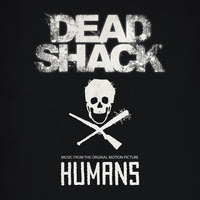